Wheels Up is offering JetSuite's SuiteKey customers the ability to fly in its membership program without paying its $17,500 joining and initiation fees.

In an email to a SuiteKey member, a Wheels Up representative wrote that “we are extending to you a complimentary Wheels Up Core Membership through 12/31/2020.” The letter goes on to state that no deposit is required; that the initiation fee is waived through December; and that the membership provides the ability to book and fly with as little as 24 hours’ notice. Availability is guaranteed 365 days a year at capped hourly rates in five aircraft categories.

An official with Wheels Up confirmed that the offer is open to any SuiteKey member with a remaining balance.

Wheels Up—now the largest charter operator in the U.S.—offers light, midsize, super-midsize, and large-cabin jets in addition to its King Air 350i fleet. All three of Wheels Up’s operators are Argus Platinum, IS-BAO Stage 3, and Wyvern rated. Its membership program also has an extensive vetting process for off-fleet providers.

Meanwhile, North Carolina–based private jet charter operator FlyExclusive is offering discounted flights to JetSuite’s SuiteKey customers affected by its bankruptcy. JetSuite reportedly had around 1,000 such customers when it grounded its fleet last month and, according to its Chapter 11 filing, their unused credits total $50 million. FlyExclusive owner Jim Segrave—who founded Segrave Aviation before selling it to Delta Private Jets in 2010—says his goal is to win over JetSuite clients with his service and retain them after they run through their discounted flights.

However, FlyExclusive is offering SuiteKey jet card members impacted by JetSuite’s Chapter 11 filing up to $50,000 in credits per 24-month contract, or each time they refill their account. For example, if you had a $100,000 balance with JetSuite, you’d receive a $50,000 credit toward your first contract. You’d pay FlyExclusive $100,000 and receive flights that normally cost $150,000. That would reduce your effective hourly light jet rate to $3,096. (For lower balances, credits are divided over two contracts.)

FlyExclusive does not offer escrow accounts, but Segrave says audited financials show the company has assets of $175 million versus debt of $100 million and has been profitable every year. It ranked as the eighth-largest charter operator in the U.S. at the end of last year, according to Argus Traqpak. The company has the Argus Platinum rating and Wyvern Wingman certification.

Shortly after FlyExclusive announced its offer, Alliance Aviation—a charter and jet card broker affiliated with Wing Aviation Group—extended its own carrot to JetSuite’s former customers. Alliance normally requires paying refundable membership fees or deposits ranging from $50,000 to over $100,000, but the company is taking a pay-as-you-go approach with JetSuite jet card members, who get a straight 10 percent discount off Alliance’s standard jet card prices.

In addition to Wheels Up, FlyExclusive, and Alliance Aviation, OneFlight International and Concord Private Jet have made special offers to JetSuite’s customers since its bankruptcy filing. 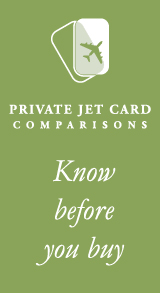